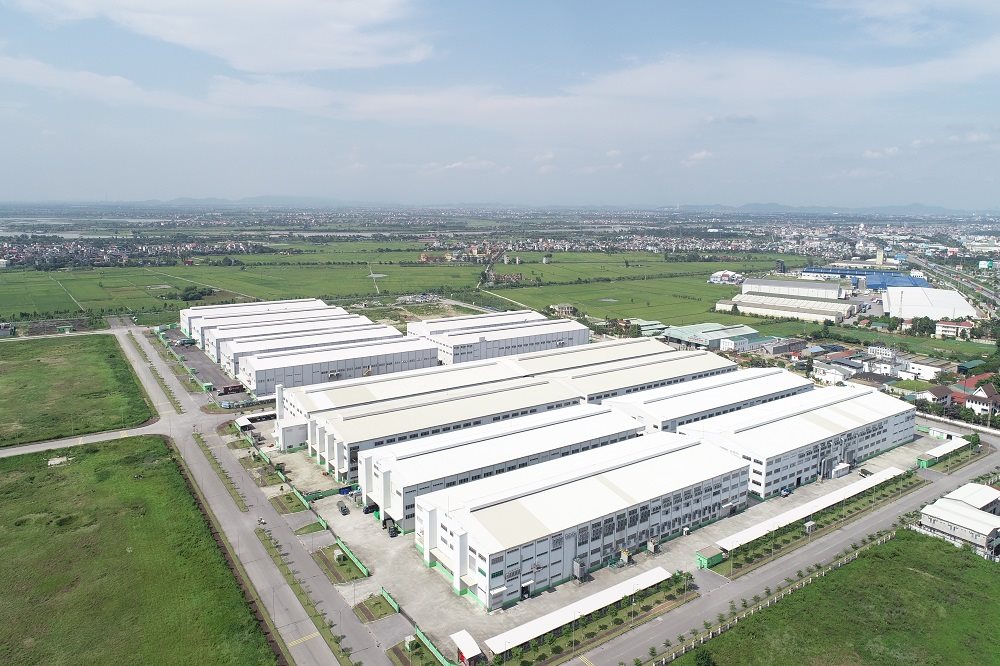 Numerous industrial park has cropped up throughout Hai Duong in recent years as investor whispered about a province that has the strategic geographical location, open-door policy to attract foreign investment, well- developed infrastructure… Hai Duong is said to be ahead in the race for Vietnam industrial real estate.

The Advantage when setting up businesses in Hai Duong

After tremendous success in combating Covid-19, foreign investors have considered Vietnam as a safe investment destination.

Joining the Vietnam Industrial Real Estate Forum in 2020 with the theme “Golden opportunity in the new stage” recently held in June, Ms. Tran Thi Hong Minh, Director of the Central Institute for Economic Management said that the world economic context after the Covid-19 pandemic was very uncertain. Therefore, foreign investors will be more cautious about the location options before investing and clearly expressing their desire to diversify investment locations.

Also, at the event, Mr. Pham Minh Phuong, director of Hai Duong Industrial Zones Management Board, said that Vietnam’s industrial property sector is in the period of “nest clearing for eagles”. Therefore, this is an opportunity for Vietnam to prepare well to be a bright destination in attracting investment flows.

During this time, many cities and provinces near Hanoi and Ho Chi Minh city have been well-prepared before FDI enterprises planning to shift production to Vietnam.

In the North, Hanoi, Hai Phong and Quang Ninh are popularly known as the best place in the field of attracting foreign investment. However, in the past few years, Hai Duong has been establishing itself as one of the top industrial hubs in the North.

Moreover, currently, there are many large multi international companies operating in neighboring provinces such as Samsung, LG, Foxconn, etc. which are considered as potential markets for supporting industries, especially the Hai Duong’s plastic industry in the upcoming period.

Regarding the labor source, Hai Duong has more than one million people at working age over the total population of nearly 1.8 million people, accounting for nearly 60% of the province’s population.

Moreover, currently some key industries in Hai Duong such as the assembling industry, automobiles, electronics … are being invested and developed strongly, so this will be a huge and diversified downstream market for the supporting industries.

Until now, Hai Duong has 12 industrial parks that have been approved for construction with a total planning area of over 2,400 hectares. In which, 10 industrial parks have been established and put into operation such as An Phat Complex while others are being urgently implemented, such as Quoc Tuan- An Binh industrial park.

An Phat Complex is currently the production center of An Phat Holdings and has been chosen by many international investors who demand to shift manufacturing to Vietnam. Curently, An Phat Complex’s occupancy rate is 65% while the company target to rise occupancy rate to 100% by the end of 2020.

Mr. Pham Van Tuan, General Director of An Phat Complex, revealed that the operation of the industrial zone will develop in a positive direction because of the emerging trend of environmentally friendly high-tech industrial park in the world. Besides, An Phat Complex is operating one-stop service to support businesses comprehensively.

Mr. Tuan also stated that: “The biggest difference and also the advantage of An Phat Complex is that it not only focuses on leasing industrial land, but also focuses on accompanying services such as providing financial solutions, human resources, administrative procedures, customs and even logistics services ”.

At the end of 2019, An Phat Holdings announced the new Quoc Tuan – An Binh industrial park in Hai Duong which locates in Nam Sach district, adjacent to the west of Highway 37 in section Km 69.

This is considered as a wise investment of An Phat Holdings by experts, to seize business opportunities in the trend of moving production from neighboring countries to Vietnam. Especially when coronavirus outbreak still raging, Vietnam is one of the safest investment destinations to maintain the manufacturing operation.

The main target of Quoc Tuan – An Binh is to develop industrial infrastructure and land lease, different from An Phat Complex, which focusing on construction services and factory leasing. The first phase of Quoc Tuan – An Binh industrial park is expected to be 180 hectares and will be put into operation from the first quarter of 2021, the second phase is expected to cover 360 hectares.