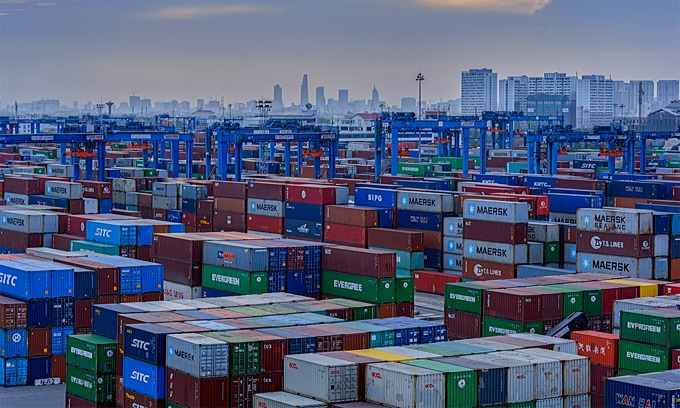 “This is the lowest GDP growth level in the 2011-2020 period. However, given the negative impacts of the Covid-19 pandemic, it is considered a success for Vietnam, with the growth rate among the world’s highest,” Nguyen Thi Huong, head of the GSO, said at a press briefing.

The annual growth rate matches an earlier projection by the Ministry of Planning and Investment. 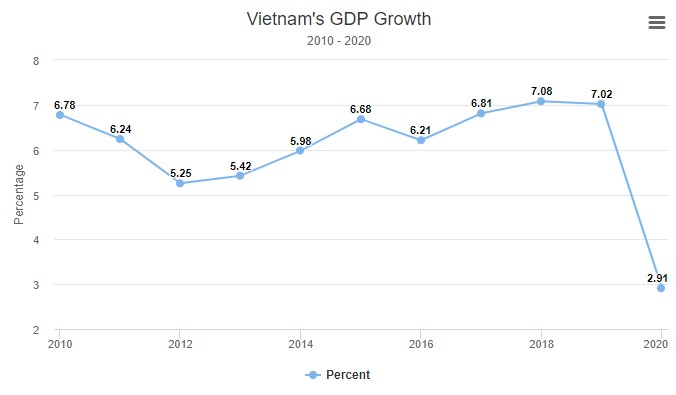 While the Covid-19 pandemic wreaked socio-economic havoc, the services sector has tanked, several commercial and consumer services enjoyed growth in the last months of 2020. Domestic transportation is recovering, while international transportation and tourism services are still in the doldrums.

Earlier this month, a World Bank report had said that with a GDP growth of 2.8 percent, Vietnam will be among the fastest-growing economies in a Covid-19-ravaged year. The country will be one of only three nations in Asia that will post positive growth this year, the others being China and Myanmar.

In November, the International Monetary Fund (IMF) revised upward its forecast for Vietnam’s 2020 GDP growth by 0.8 percentage points to 2.4 percent.

Vietnam’s growth would be among the highest in the world, thanks to its successful containment of the Covid-19 pandemic, Era Dabla Norris, mission chief to Vietnam and division chief in the IMF’s Asia and Pacific department, had said.

Last year, Vietnam’s GDP growth of 7.02 percent was the second highest growth figure in the last decade, after the record 7.08 percent in 2018.