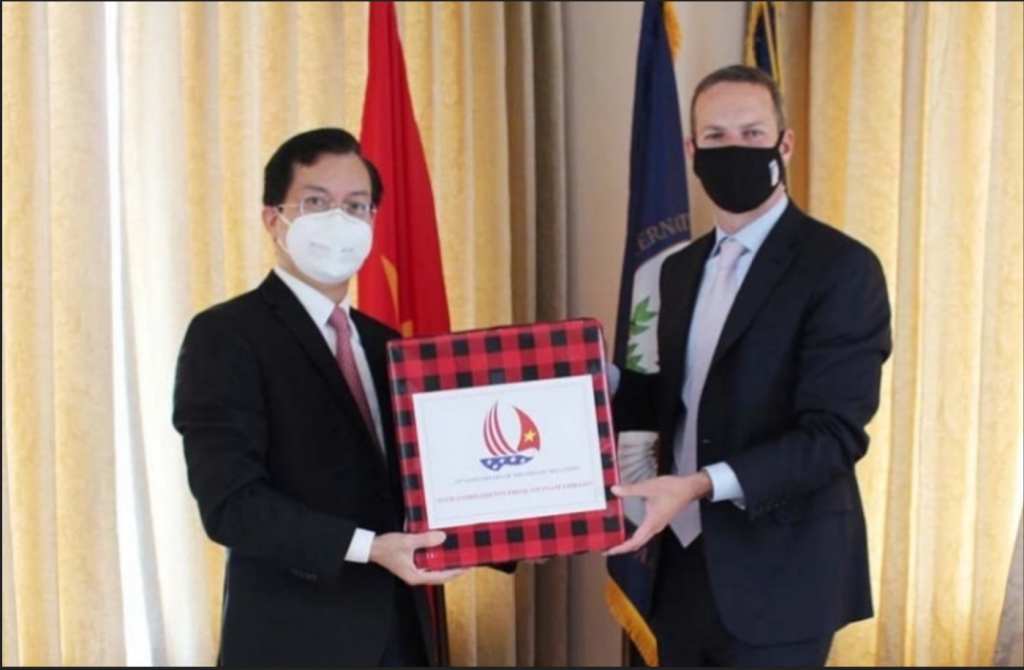 The U.S. regards Vietnam a priority partner in upcoming Mekong Subregion projects, including development of strategic products within its supply chain, officials say.

A press release from the Vietnamese Embassy in the U.S. quotes Adam Boehler, CEO of the U.S. International Development Finance Corporation (DFC), as saying they were interested in supporting development projects in the Mekong Subregion.

The interest was expressed during a Tuesday meeting with the Vietnamese Ambassador in the U.S. Ha Kim Ngoc in Washington D.C.

Ambassador Ngoc requested the DFC to continue participating in activities relevant to Vietnam and the U.S. commemorating their 25-year anniversary of normalizing relations this year, including the ASEAN-U.S. and Vietnam-U.S. conferences on investment cooperation in the region.

Experts and officials have said that as the Covid-19 pandemic rages, Vietnam’s disease control record could make it an attractive investment destination as economies seek to make their supply chains less dependent on China.

Planning and Investment Minister Nguyen Chi Dung said at an online meeting between Prime Minister Nguyen Xuan Phuc and businesses last month that the country’s highly effective containment of the Covid-19 pandemic will prove to be an advantage for the country’s investment environment, helping economic recovery and placing the country in a new position on the global stage.

Foreign investors are considering shifting investments to Vietnam due to their trust in Vietnam’s “safety” amid the pandemic, according to recent a report by the National Assembly’s Economic Committee.

Several U.S. and South Korean tech firms have recently been pushing to diversify their production out of China and into Vietnam.

Vietnam has confirmed 328 Covid-19 cases in total, with only 30 active cases left. Its most critically ill Covid-19 patient, a 43-year-old British pilot in HCMC, has regained consciousness and is making progress after being comatose for more than two months, though he’s still dependent on life support. He is being treated at the Cho Ray Hospital.