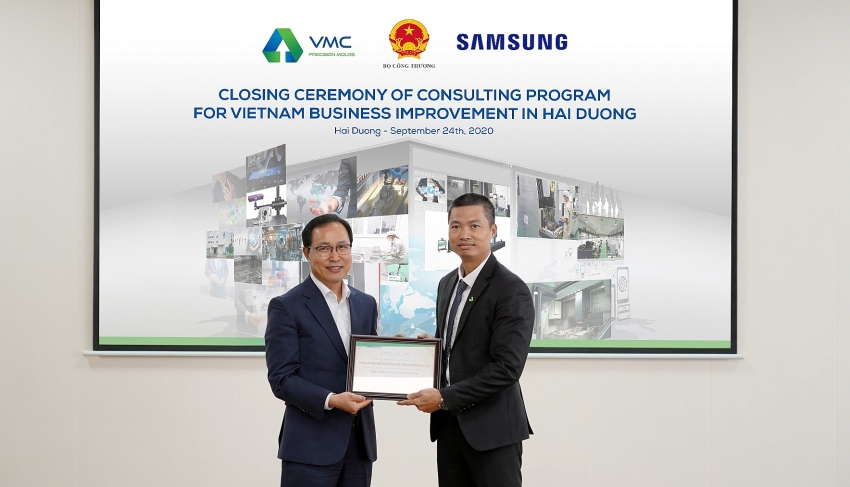 An Phat Holdings has achieved outstanding results at the consulting programme of the Ministry of Industry and Trade and Samsung Vietnam.

On September 24, An Phat Holdings organised the closing ceremony of the consulting programme for the improvement of Vietnamese businesses in Hai Duong. The programme was organized by the Ministry of Industry and Trade (MoIT) and Samsung Vietnam, with the closing ceremony held at Vietnam Pattern Manufacture and Precision Mechanical Co., Ltd. (VMC) – a member of An Phat Holdings.

The consulting project is the result of an MoU on supporting enterprises in Hai Duong between the MoIT and Samsung Vietnam in February. An Phat Holdings was highlighted as a major force behind the rise of the supporting industry in the province by pioneering the application of high-technology and increasing the localisation ratio of its products.

The programme is implemented at five businesses, including VMC. 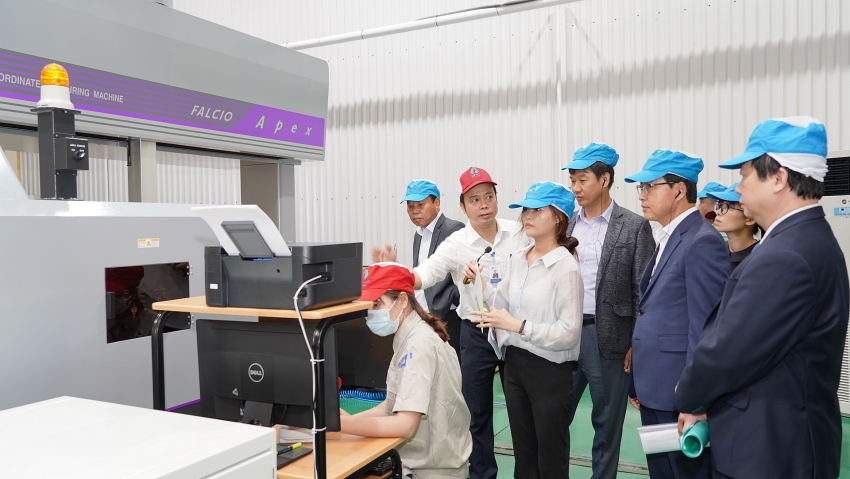 These achievements will create a basis for the long-term and sustainable development of An Phat Holdings and VMC in term of mould segment, one of the group’s core operations.

Cuong also hopes that after the project there will be more cooperation between Samsung and businesses in the province, including An Phat Holdings. 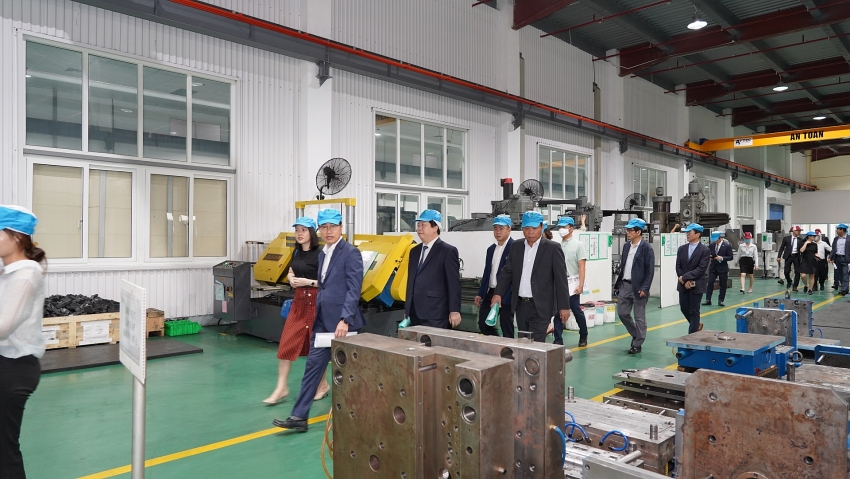 Also at the ceremony, Choi Jo Hoo, president of Samsung Vietnam said, “VMC was the first of all enterprises joining this programme to achieve 2 levelling up of improvement in production capacity and quality control. Moulding is the root of the manufacturing industry, I hope that with the support from the Vietnamese government, VMC will continue to enhance its competitiveness as well as quality management system.”

An Phat Holdings is the leading high-tech enterprise in Hai Duong with a system of modern factories and first-class equipment. In the supporting industry, An Phat Holdings has two enterprises in the province, An Trung Industries and VMC, with the latter projected to become a leader in the Vietnamese mould industry.