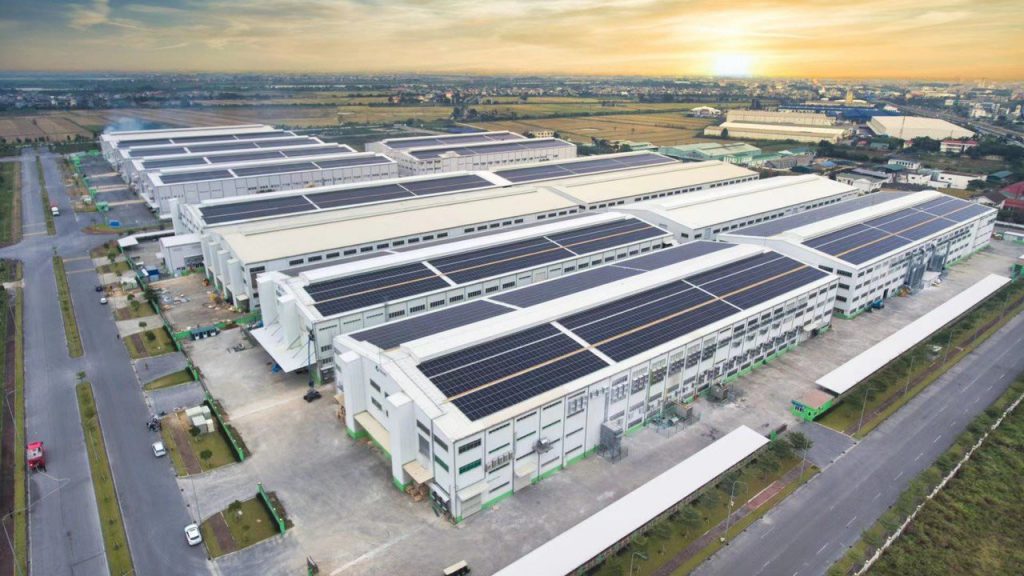 Recently, a number of million-dollar Industrial Park get green light for construction such as: An Phat 1 Industrial Park, Gia Loc Industrial Park … have shown the agility to seize opportunities of investors before the wave of shifting production to Vietnam.

Mr. Le Trong Hieu, Director of ofice and industrial leasing division of CBRE Vietnam, said that in the fourth quarter of 2020, the average occupancy rate in industrial parks in Hai Duong reached 89.7%; average rental price increased by 20-30% compared to the same period in 2019. Although industrial land’s rental price is on the rise, in general, Hai Duong still has a competitive rental rate compared to many other northern provinces such as Hanoi, Bac Ninh, Hung Yen etc.

Another factor that attracts investment to Hai Duong is that it is located on the main road freight traffic Lao Cai – Hanoi – Hai Phong – Quang Ninh. At the same time, Hai Duong combined with Hai Phong and Quang Ninh forming a key economic triangle in the eastern region of the northern key economic region. This is a great advantage for the development of supporting industries, shipbuilding engineering, logistics, coastal services such as inland ports, import and export of goods etc.

The fact that global corporations such as Samsung, Foxconn… set up their production headquarters in neighboring provinces, and supporting industries is identified as a key industry has helped Hai Duong become a province with great growth potential and attracting many domestic and foreign investors.

Among industrial parks in Hai Duong, An Phat Complex (46 ha) and An Phat 1 Industrial Park (180 ha) is one of the outstanding projects that have considerable investment capital and cover large area in Hai Duong. The project is invested by An Phat Hi-Tech Industrial Park No 1 Joint Stock Company, a member company of An Phat Holdings.

An Phat Holdings is not only known for its multidisciplinary ecosystem operating in many areas such as packaging, green products, logistics, additives and plastic resins … but also an industrial real estate developer with 2 large industrial parks: An Phat 1 IP will start commercial exploitation in the end 2021 and An Phat Complex IP is operating stably with occupancy rate of 90%.

Not only has a favorable geographical location, the difference of An Phat Complex is that it not only sets the target of leasing industrial park, but also focuses on developing one-stop services such as providing financial solutions, human resources, administrative procedures, customs, industrial meals, dormitories and even logistics.

Following the success of An Phat Complex Industrial Park, An Phat 1 Industrial Park is the next project and is oriented to become a key high-tech, environmentally friendly industrial park of Hai Duong province, focusing on attracting investors from many sectors that do not cause environmental pollution such as processing, manufacturing industries, supporting industries … It is expected that when the Industrial Park come into operation it will create jobs for 12,000 – 15,000 workers in Hai Duong.

With the goal of building a green industrial park, An Phat 1 Industrial Park applies a system to control environmental risks following strict standards, and encourages measures to save energy and resources such as using electromagnetic solar energy, installation of water supply systems, standard industrial waste treatment etc. In addition, An Phat 1 will promote the development of one-stop services, providing services from legal procedures. management, logistics, commerce to the dormitory, industrial catering in order to provide comprehensive support for investors in the Industrial Park.

Especially, the investor of these Industrial Parks is An Phat Holdings – a leading high-tech and environmentally friendly plastics Group in Vietnam with multidisciplinary ecosystems operating in many fields such as packaging, green products, trade, logistics, molds. Hence, it is expected that it will bring great value ​to investors ​in trade promotion activities in the same industry.