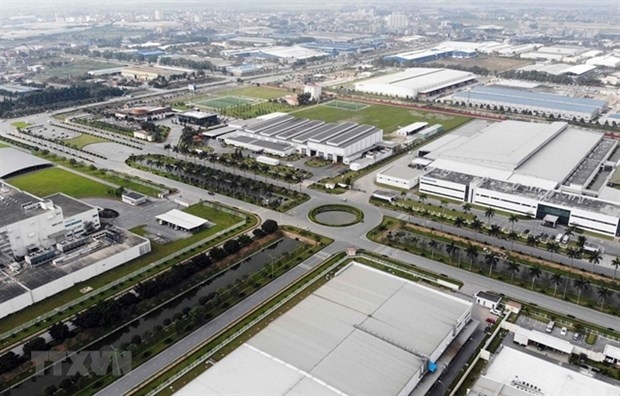 The supply of industrial property in the south is expected to rise further in the next five years to capitalise on the increasing demand in the region and further strengthen its leading position in terms of supply, according to JLL Vietnam.

The provincial governments have shown further plans to establish new industrial parks (IPs) of roughly 23,400 ha in the future, which are all in notable markets surrounding Ho Chi Minh city. The ready-built factory market was also buoyant, with the expected new launch of roughly 897,000 sq.m of ready-built factories by the end of 2021.

To lure foreign investments, localities in the Northern area have shown strong commitment to promote IPs, with roughly 10,500 ha of additional supply in the future, she said.

In addition to existing markets, second-tier provinces like Hung Yen, Hai Duong or further north of Ha Noi like Bac Giang and Vinh Phuc are emerging as potential destinations for foreign investors, fostering the rents in those areas to speed up at an expected year-on-year growth of about 8-10 percent.

However, the report said that no new supply of either industrial parks or ready-built factories was launched in the market in the quarter, she said.

Industrial properties in the Southern area remained significantly desirable for manufacturers to penetrate, although the pandemic still posed difficulties. Keeping the healthy demand momentum, both industrial land and ready-built factories recorded high occupancy rates at nearly 86 percent and 82 percent, increasing 0.60 percent and 0.76 percent compared to the fourth quarter of 2020, respectively. Of which, industrial land recorded transactions which have been negotiated since last year, whilst ready-built factories witnessed new leasing expansions of existing tenants rather than newcomers.

Therefore, most industrial park developers in Southern markets still maintained strong momentum to raise land prices reaching a new high at 111 USD per sq.m per lease term, up 8.1 percent year on year in the first quarter of this year. Whereas ready-built factory rents averaged 4.5 USD per sq.m per month across the region, increasing 3.1 percent year on year, driven by the healthy demands of small and medium-sized enterprises as they expanded operations.

According to JLL Vietnam, in the first quarter, no new supply in industrial land and ready-built factories were introduced in the Northern market. The cumulative leasable land area in the market achieved roughly 9,500 ha, while the total supply of ready-built factories stood at approximately 1.8 million sq.m.

Bac Ninh and Hai Phong dominated the total supply in both sectors thanks to their strategic locations, strong footprints in the industrial market and improving business environment.

The third wave of COVID-19 swept the northern area in late January has led to the postponement of new investments in the region, especially the lockdown in Hai Duong freezing most of the transactions in industrial parks in the first quarter.

Nevertheless, thanks to the strong influx of FDI in high-tech industries starting in the second half of 2020, the average occupancy rate of industrial parks recorded a healthy rate, reaching 75 percent, whereas the occupancy rate of ready-built factories stood at 98 percent in the quarter.

Given healthy demand, backed by Vietnam’s strong industrial fundamentals and combined with industrial park developers’ strong confidence in potential long-term investments, the land price continued its momentum to reach a new peak of 107 USD per sq.m per lease term in the first quarter, up 8.1 percent year on year.