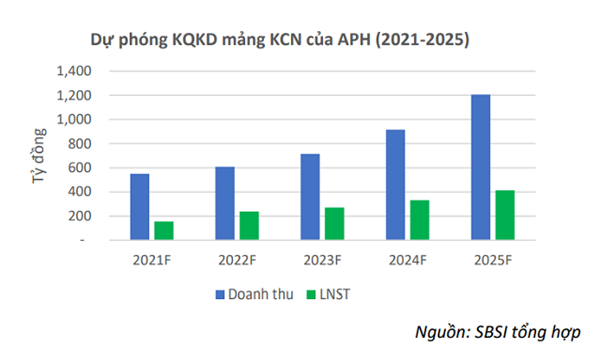 An Phat Holdings promote exports activities in the context that foreign markets have gradually recovered. An Phat 1 Industrial Park has basically completed site clearance, started construction and received a deposit of 15% of the area, expected to be ready for exploitation from now until the end of the year.

Stanley Brothers Securities Incorporation (SBSI) forecast that APH’s business results in the second half of the year will continue to grow despite the complicated developments of the Covid-19 epidemic with two main motivations. Firstly, the industrial real estate segment resumed growth thanks to the remaining revenue of An Phat Complex while An Phat 1 IP project will start commercial exploitation from the third and fourth quarters. Secondly, the production of plastic packaging continued to increase thanks to the increase in exports to the US market and the contribution from An Vinh Packaging’s jumbo bags segment.

Previously, in June, APH and Actis investment fund signed a cooperation agreement in two areas including industrial park development and ready-built factories and warehouses for lease. Accordingly, Actis invested more than USD 20 million in An Phat 1 Industrial Park to own 49% of the shares. In addition, the two sides signed a Memorandum of Understanding to form an RBF/RBW development joint venture program worth $ 250 million, which open up great opportunities for An Phat Holdings in developing industrial real estate segment in the future. The cooperation with Actis and the plan to develop more than 1,000 hectares of industrial land is forecasted to bring stable revenue and profit for An Phat Holdings from now until 2030. 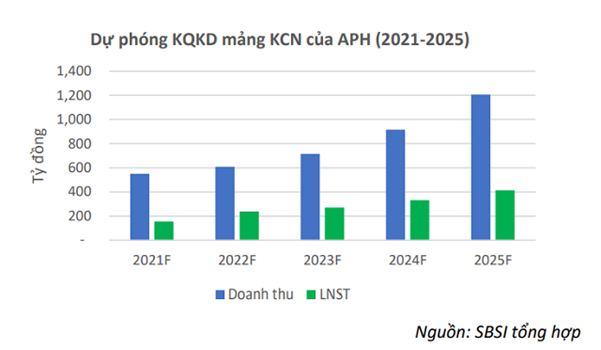 In the first half of the year, An Phat Holdings’ revenue from leasing land and factories reached VND 122 billion (~$ 5 million), 4.5 times higher than the same period last year. Revenue increased sharply thanks to the completion of the handover of the premises to investors who have made deposits in 2020 after the Covid-19 situation in the province and Vietnam was basically controlled, loosened measures. Specifically, An Phat 1 Industrial Park is a project of An Phat High-Tech Industrial Park No.1 JSC, a subsidiary of An Phat Bioplastics (HoSE: AAA) – a member of An Phat Holdings. An Phat 1 Industrial Park covers an area of 180 hectares (Phase I), with a total investment of nearly VND 1,300 billion (~$ 55 million), expected to bring in VND 2,800 billion (~$ 119) in revenue in the next 5 years. Currently, the industrial park has basically completed site clearance, started construction and received a deposit of 15% of the area, expected to hand over to customers from now until the end of the year.