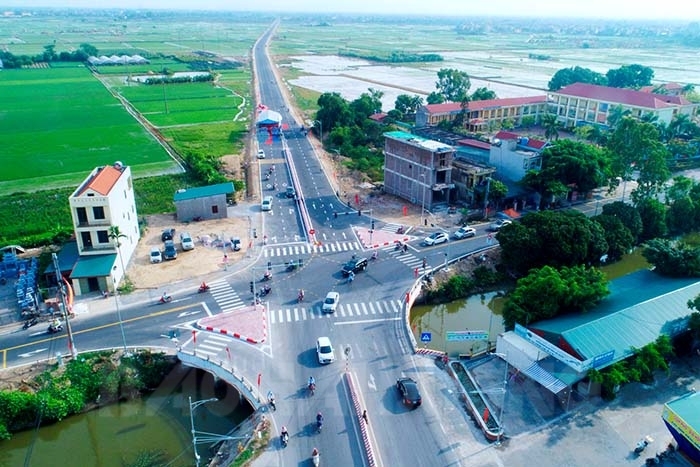 Hai Duong People’s Council has just greenlit the province’s proposal to allocate funds within the medium-term public investment plan for the next five years.

As for the central budget allocation, Hai Duong aims to spend VND26 billion ($1.13 million) on two projects in agriculture, forestry, and fisheries, and more than VND510 billion ($22.1 million) on one project in transportation. The latter covers the construction of the East-West axis road, with a total investment capital surpassing VND1.5 trillion ($65.2 million).

For the new project, the total capital volume surpassing VND1.94 trillion ($84.2 million) will be allocated to nine projects, including four in agriculture, forestry, irrigation, and fisheries with an amount exceeding VND353 billion ($15.3 million), as well as five transport projects with capital surpassing VND1.58 trillion ($68.8 million).

Hai Duong plans to spend official development assistance (ODA) on two projects within the previous investment plan, which have already had their loan agreements signed. The projects are part of a project to increase the capacity for fire, rescue, and police forces, funded by ODA of the Japanese government.The five transport projects include the extension of road No.396, the section connecting DT391 to the intersection of the Hanoi-Haiphong highway valued at VND550 billion ($23.9 million); the Dong Viet bridge and its connecting road with an investment of VND270 billion ($11.7 million). Moreover, the projects include the An Dong bridge and its connecting road valued at VND200 billion ($8.7 million); the route from Trieu bridge to provincial road No.389 valued at more than VND200 billion ($8.7 million); and the construction of a bypass to provincial road No.398B between National Highway 18 and Ben Tam lake valued at VND250 billion ($10.8 million).

Details in local and provincial budget allocation will be carried out in accordance with the Law on Public Investment and current regulations after the National Assembly and the prime minister have decided on the assignment of the medium-term investment plan that uses state budget in the next five years.

“Hai Duong only allocates capital to projects that have completed investment procedures by competent authorities and following the Law on Public Investment. New projects have to ensure that the timeframe for the implementation of Group A projects must not exceed six years, for Group B projects not more than four years, and for Group C projects not longer than three years,” said Thang.

Hai Duong will continue to prioritise resources for dynamic and inter-regional works which could create new added value. Hai Duong People’s Committee is also urgently directing to review the entire list of public investment projects and develop a transparent capital allocation scheme in the direction of minimising the division of funds for small, insignificant projects.

As for governance, Trieu The Hung, Chairman of Hai Duong People’s Committee, asserted the importance of all levels and branches to prepare detailed and specific disbursement plans for each project as well as establish task force groups to regularly inspect and settle delays in implementation.

“Until the end of the year, Hai Duong will resolutely transfer capital from undisbursed projects to those with a construction volume able to accelerate the disbursement of capital as well as consider the investor’s responsibility in undisbursed projects,” said Hung.