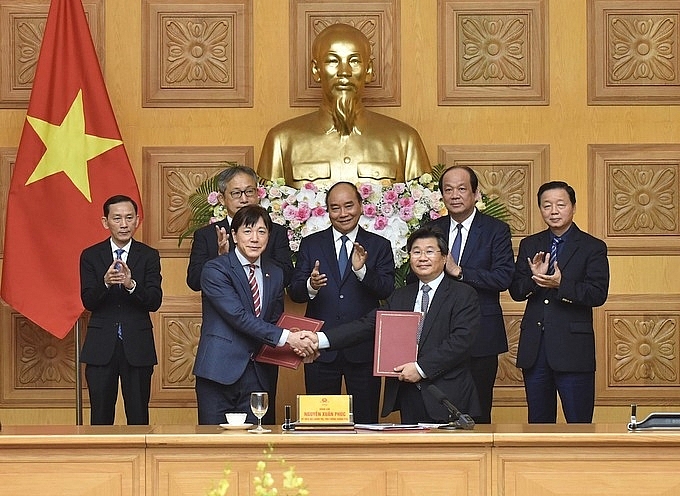 Vietnam has been carefully preparing its infrastructure, human resources, and incentive policies to welcome foreign investors, including Japanese ones, looking to relocate.

Yesterday (September 7, 2020), the Vietnamese prime minister met Japanese businesses who are planning to invest in Vietnam. The meeting takes place when the Japanese government has released financial assistances for its businesses to relocate to other countries, including Vietnam. The first 15 enterprises receiving support from the Japanese government have announced plans to relocate to Vietnam.

Lauding Japanese firms as serious and reputable investors who keep an eye out for environmental protection, Prime Minister Nguyen Xuan Phuc confirmed that Vietnam is large enough for them to develop any investment and business plans, restructure strategies, and relocate the supply chains of Japanese investors.

Japanese ambassador Yamada Takio confirmed that a lot of Japanese businesses are interested in Vietnam as a destination in the “new normal” after COVID-19. He also proposed to resume transport between the two countries, emphasised accelerating the disbursement of public investment projects, mobilise more FDI into Vietnam, as well as improve the credit ranks of Vietnam.

Prime Minister Nguyen Xuan Phuc said that in addition to issuing some amended laws, the government has already established a task force to attract more FDI and support big investors with investment procedures. In the new normal, Vietnam is going to resume commercial flights to some safe countries, including Japan, with shorter entry procedures, ensuring both pandemic prevention and facilitating business.

The representative of the Japanese Chamber of Commerce and Industry (JCCI) proposed creating some investment incentives in manufacturing industries, infrastructure, and energy in public-private partnership (PPP) projects, or allow Japanese companies to contribute capital to state-owned enterprises.

For example, in Japan, there are a lot of “satellite” businesses partnering and supporting big companies, establishing a strong and complex manufacturing chain. Thus, Vietnam should lure the entire chain to relocate to the country, instead of only the big enterprise.

Therefore, JCCI suggested the Vietnamese government to consider applying special incentives for large-scale investment projects and whole supply chains (instead of one business only).