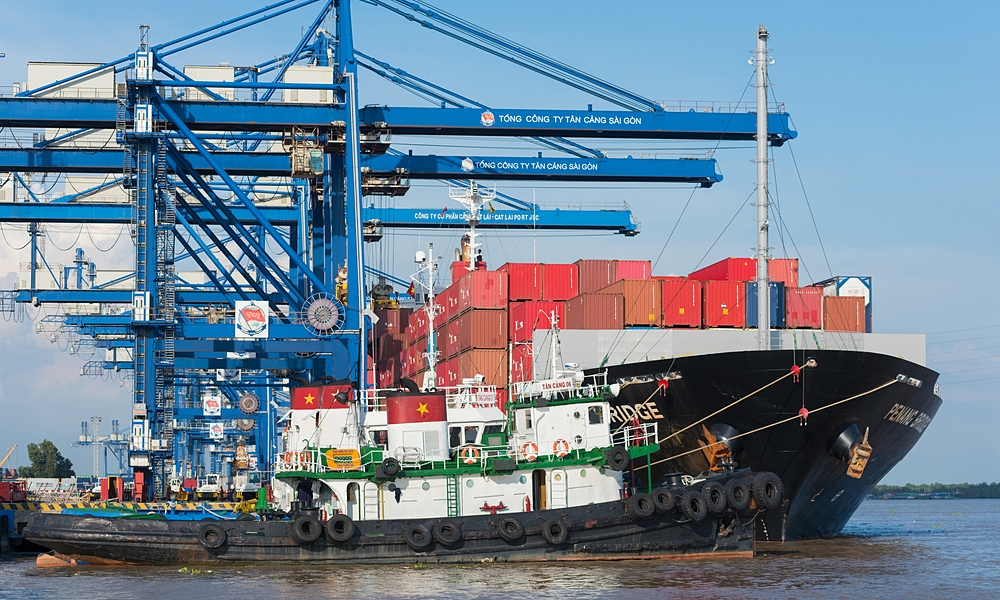 Vietnam achieved a trade surplus of $2.03 billion in the first quarter of the year with both exports and imports rising sharply.

Exports were up 22 percent to $77.34 billion, with foreign companies accounting for three-fourths, according to the General Statistics Office of Vietnam.

Exports of industrial products and minerals were worth $70.3 billion, up 23 percent year-on-year.

Agricultural and forestry product exports were up 7.9 percent to $5.35 billion. Seafood exports increased marginally to $1.69 billion.

The U.S was the main market, accounting for 27.4 percent of all exports. The other big markets were China, the E.U., ASEAN, South Korea, and Japan.

Imports rose by 26.3 percent to $75.31 billion, with the manufacturing sector accounting for almost 94 percent in the form of feedstock and intermediate goods.

China accounted for 31.6 percent of the imports, followed by South Korea and ASEAN.